Brian Garner, who was the Up and Under storeman in the early 1990’s, recently celebrated his 60th wedding aniversary with his wife Kath.  Brian was active in the scouting movement as a leader when Andy Fewtrell, our MD, was but a lad.

In the 1970s Andy worked under Brian’s guidance when building scenery for scout gang shows.  Years later Brian Joined Up and Under as a capable storeman and handyman before taking what is proving to be a long and fruitful retirement. 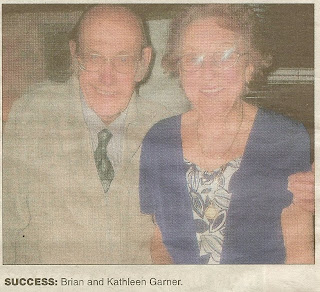 All at The Up and Under Group wish Brian and Kath and their family all the best for their future.