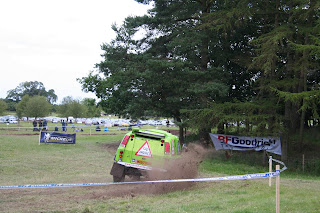 The Up and Under Foundation teamed up with Rally Raid International to raise funds at the recent Cholmondeley Pageant of Power. The money raised will be used to subsidise adventurous trips run by local schools, Scouts and other youth groups.

Andy Fewtrell of the Up and Under Group said that “visitors to the event were generous in their support paying at least £10 for a ride around an off road circuit in a desert race car” In total we raised £925. 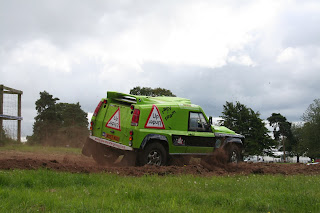 The Charity, founded in 2007 by Crewe based civil engineering specialists has helped a number of local organisations this year including Underwood West Junior School and the Wilson House Scout group.

Rally Raid International provided one of the cars and a driver to support the fund raising event. The Desert Warrior car has completed the Dakar Rally, probably the toughest motorsport event in the world, so took the bump and dips of the Cholmondeley course in its stride.

This entry was posted in Charity, community, foundation, up and under group, Zenith Interior Contracts.
← Snowdon for Charity
Cheshire Business Awards →