Up and Under Downhill Race Team Latest

Supporting sporting teams has long been a part of what we do at Up and Under and in 2012 we will be supporting our very own downhill bike race team, the following is a report from their first outing: 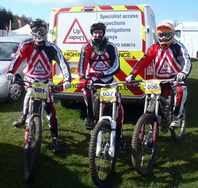 The Up and Under downhill race team (Rob – Hughes, Director Up and Under Limited – , Tom and John) had an encouraging first race of the season – Pearce Cycles Downhill Series Round 1 at Bringewood near Ludlow.


After a fairly relaxed day of practice on Saturday with dry dusty conditions the mood was a bit tense come Sunday morning, as the ground was damp the sky was grey and the open section was a bit slick. However, at the end of practice the track was dry. 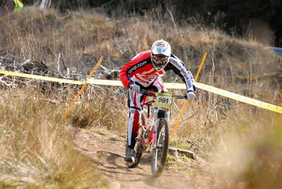 Tom roles down the hill 23rd off the line to provisionally take 1st in category with a 2:34.610, after pulling an ‘ET’ over the finish jump. Crowd loving it! 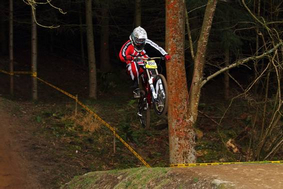 Rob follows him down as his 30second man to take 1st by just over half a second (Up and Under in positions 1 and 2). 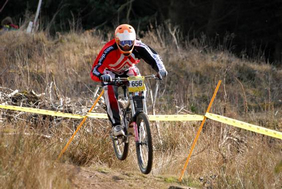 A further 29 riders come down in category pushing the team to 12th, 13th and 31st but second runs remain!

Full results at:
https://www.pearcecycles.co.uk/results_pcss12_round_1
and for the extra stats:
https://www.rootsandrain.com/race1217/2012-mar-18-pearce-cycles-1-bringewood/

Bring on round 2! (At Hopton Woods, Nr. Craven Arms on the 21st & 22nd April)
Free camping for anyone that wants to

This entry was posted in challenge, community, fun, sport, up and under group.
← Challenge 25
Making the news – South Cheshire Chamber Newsletter →