The shortlists for these awards have now been released and we are happy to report that the Up and Under Group are one of three shortlisted in the Employer of the Year category.  So we are officially one of the best three employers in Cheshire, this is fantastic recognition of the efforts we make in creating a stimulating and rewarding working environment.

The awards are now in their 8th year and have attracted interest from the companies ranging from the smallest start-ups to some of the nations largest employers.

The icing on the cake would be to win the award which will be announced at a Gala Dinner at Chester Racecourse on 16th September.  It would be a fitting step up from the S Chesire Award we received in 2010. 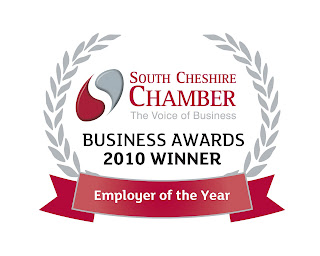 Our real challenge is to continue getting better whatever the award outcome.

This entry was posted in Awards, up and under group.
← Dakar cars help local youngsters
"Why You?" →